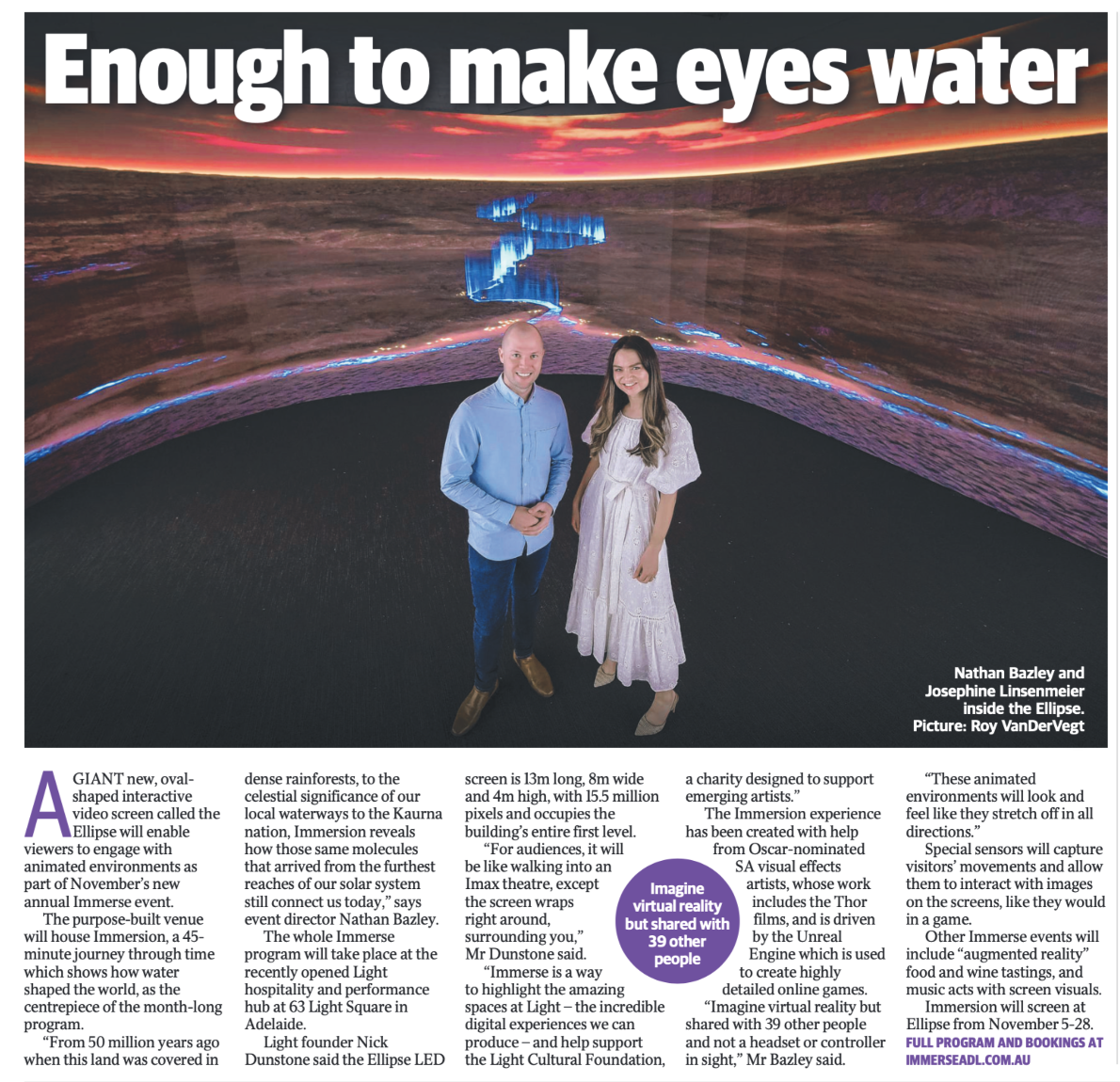 The purpose-built venue will house Immersion, a 45 minute journey through time which shows how water shaped the world, as the centrepiece of the month-long program.

"From 50 million years ago when this land was covered in dense forests, to the celestial significance of our local waterways to the Kaurna nation, Immersion reveals how those same molecules that arrived from the furthest reaches of our solar system still connect us today," says event director Nathan Bazley.

The whole Immerse program will take place at the recently opened Light hospitality and performance hub at 63 Light Square in Adelaide.

"For audiences, it will be like walking into an IMAX theatre, except the screen wraps right around surrounding you."

Mr Dunstone said "Immerse is a way to highlight the amazing spaces at Light - the incredible digital experiences we can produce - and help support the Light Cultural Foundation, a charity designed to support emerging artists."

The Immersion experience has been created with help from Oscar-nominated SA visual effects artists, whose work includes the Thor films, and is driven by Unreal Engine which is used to create highly detailed online games.

"Imagine virtual reality but shared with 39 other people and not a headset or controller in sight," Mr Bazley said.

"These animated environments will look and feel like they stretch off in all directions."

Special sensors will capture visitors' movements and allow them to interact with images on the screens, like they would in a game.

Other Immerse events will include "augmented reality" food and wine tastings, and music acts with screen visuals.

Immersion will screen at The Ellipse from November 5-28.

Full program and bookings at immerseadl.com.au