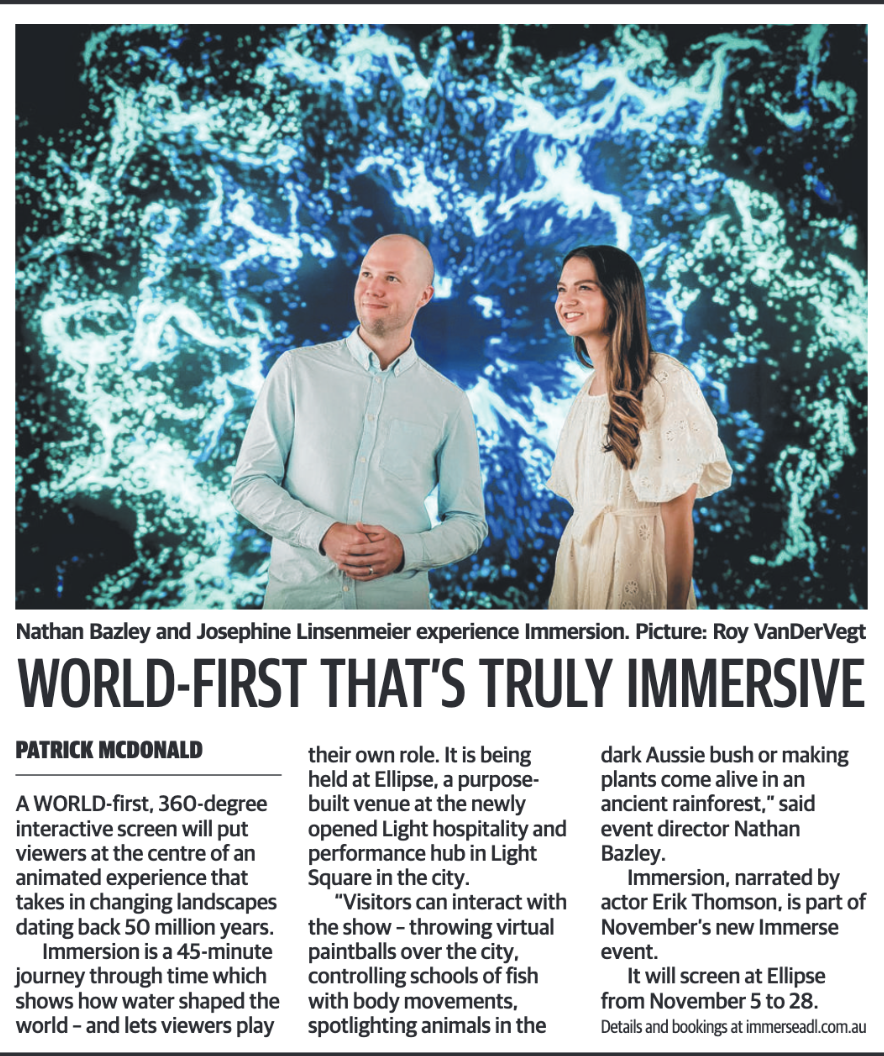 A World-first, 360-degree interactive screen will put viewers at the centre of an animated experience that takes in changing landscapes dating back 50 million years.

Immersion is a 45-minute journey through time which shows how water shaped the world - and lets viewers play their own role.

It's being held at The Ellipse, a purpose-built venue at the newly opened Light hospitality and performance hub in Light Square in the city.

"Visitors can interact with the show - throwing virtual paintballs over the city, controlling schools of fish with body movements spotlighting animals in the dark Aussie bush or making plants come alive in the ancient rainforest," said event director Nathan Bazley.

It will screen at The Ellipse from November 5 to 28.

Details and bookings at immerseadl.com.au